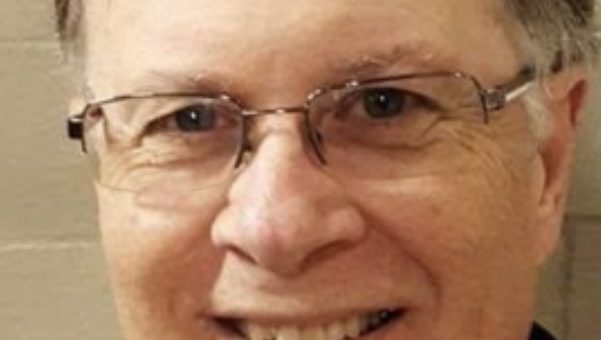 (BEDFORD) – The Lawrence County community is mourning and shocked at the passing of Father Rick Eldred.

“He was a wonderful priest; his heart was in the community, and there were many things we could list that Father Rick was a part of,” said Deacon Dave Reising of St. Vincent De Paul Church.

According to Reising, Father Rick, 70, passed away at 2:49 a.m. Wednesday morning after dealing with several health issues. No funeral arrangements have been announced.

“This is a great loss to our community; he will be greatly missed. The Bedford community would like to extend prayers to his family and church family,” said Bedford Mayor Sam Craig.

After graduating from college, Father Rick worked in his family moving and storage business in Terre Haute up into his 40s.

He enjoyed helping with Special Olympics and had served on different parish councils.

In the 1990s, he was asked about what he thought about being a priest.

At first he was not interested in becoming a priest, but, after much prayer, he started moving towards his calling and attended Sacred Heart Seminary in Wisconsin. He had to overcome his fear of speaking to crowds, especially during his last year in seminary in 1999 when he took a course on conducting Mass.

He also concelebrated Mass with Pope Benedict XVI at the canonization of St. Theodora Guerin in Rome.

Father Rick was instrumental in establishing Becky’s Place and the Men’s Warming Shelter.

His caring and compassion for the Bedford Community did not go unnoticed. Many individuals were touched by Father Rick.

Father Rick was a priest for St. Mary’s Church in Mitchell, and St. Vincent de Paul in Bedford.