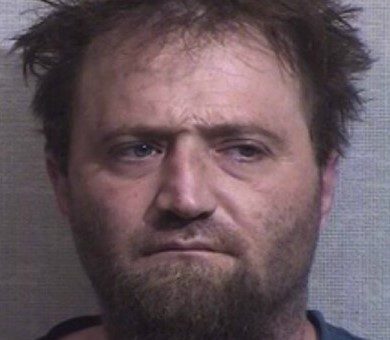 (BROWNSTOWN) – A Brownstown man was arrested after police say surveillance video shows him “alter the scene” instead of helping his son after he accidentally shot the child and himself.

According to an Indiana State Police report, the investigation began shortly before midnight on March 4 after Wingler Jr. and his 5-year-old son showed up at Schneck Medical Center in Seymour with gunshot wounds to their legs.

Police say the shooting occurred at Wingler’s home in Brownstown.

Police say Wingler was supervising his son shortly before midnight on the evening of March 4 and was handling a loaded handgun in the living room while his son was nearby.

The firearm discharged and caused a single round to pass through Wingler’s leg and into the leg of his son, said ISP Sgt. Stephen Wheeles, public information officer for the ISP Versailles Post.

Following the shooting, surveillance footage from the home showed Wingler had altered the scene rather than providing medical care for his son.

Wingler then called a relative, and they took him and his son to Schneck Medical Center. Wingler was treated there and his son was transported to Riley Children’s Health Indiana University Health where he was treated and released.

Wingler was arrested on Tuesday after police served a search warrant at his home.

Officers with Brownstown and Seymour police departments along with the Jackson County Sheriff’s Department assisted with the investigation.