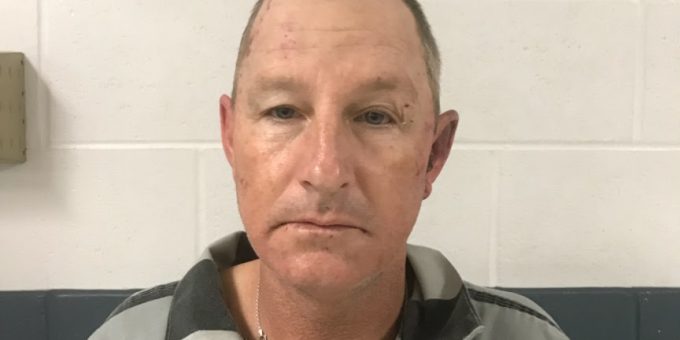 (MITCHELL) – On Tuesday evening, officers from the Mitchell Police Department were able to serve an arrest warrant on 48-year-old Jackie D. Leatherman, of Mitchell, on a felony charge of dealing in a controlled substance resulting in death.

Leatherman is accused of providing the drug that caused the January 9th death of 53-year-old Kevin S. Bowden, of West Warren Street in Mitchell.

Mitchell officers were able to take Leatherman into custody after he attempted to flee and physically resist both Officers Taylor Tritle and Luke McCameron.

Through search warrants, evidence collection, and witness interviews, the January 9th investigation led ISP Troopers from the Drug Enforcement Section, the Crime Scene Investigations Division, and Detectives from the Bloomington District to determine that Leatherman had allegedly dealt controlled substances that led to the death of Bowden.

Leatherman was transported to the Lawrence County Jail on the following charges: dealing a controlled substance resulting in death, resisting arrest and battery on a law enforcement officer resulting in bodily injury.