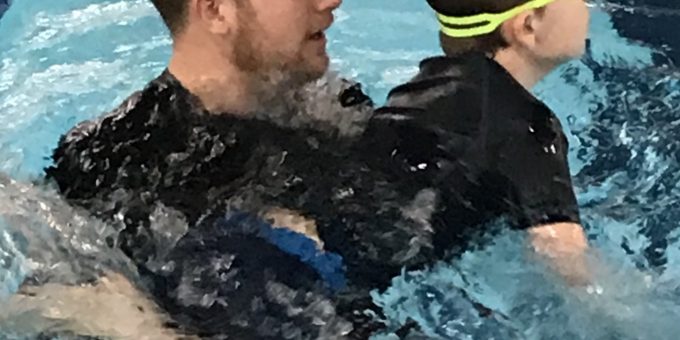 (BEDFORD) – More than 40 children will learn how to swim thanks to the cooperation of the United Way and several partners in Lawrence County.

The idea was first brought to the attention of the United Way by Jerry Hill Scout Master of the Boy Scouts Troop in Springville.

“Jerry Hill needed a way for his Scouts to learn to swim, he read in the Times -Mail and Radio that I had an aquatics background he reached out to me,” said Kim Burgress United Way of Lawrence County.

The program will allow the Boy Scouts to get their merit badges. The United Way found a way to collaborate with several people to provide the program.

Kim Burgress got a hold of Barry Jeskewich at Bedford Parks Department, who suggested to reach out to Adam Young, Assistant Swim Coach for Bedford North Lawrence High School.

Burgess contacted BNL Athletics Director Jeff Callahan who gave them permission to use the pool at the Bedford-North Lawrence High School, if they would be flexible. Jerry Hill suggested administering the program on Sundays.

Adam Young found the swim instructors from the Bedford -North Lawerence High School Swim Team. United Way hired the instructors and put the date together. Jerry Hill, sent out letters, emails, and messages to his Boy Scouts, as well as the Girl Scouts that the program was available.

“This was a coordinated effort between a lot of community folks to meet a need,” said Hill.

The United Way of South Central Indiana will be conducting the Learn to Swim in February and March for a period of six weeks for Scouts in Lawrence and Orange Counties.

Sessions will be about one hour and depending on the current skill level of the child it could take four to six weeks to take a non-swimmer to a proficient level.

“We will be giving priority to boys and girls, grades K-12, who are members of a Scout program. We also take non-scout youth and adults on a space-available basis,” said Jerry Hill.

The instructor to swimmer ratio is expected to be no more than 1 – 8.

” I have been swimming since I was four years old. I am interested in getting a medal in swimming someday, ” said June Kearns, 7, of Mitchell who is a 2nd grader at Hatfield Elementary. June usually swims about 1 to 2 hours a day in the summer utilizing the Thornton Pool in Bedford, and a pool at her home.

Kim Burgress also supervised the training today and watched instructors and the students as they performed their skills.

” We want to thank the United Way and all the other people who played a part in making this program happen for our county. This meets our needs,” said Jerry Hill. “If this is successful and interest builds we look to have this program again next year.”