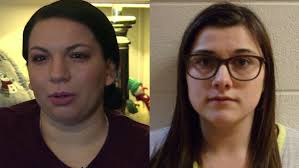 (ROCHESTER) — Three children were killed as they were crossing a rural highway to get on a school bus. Their mother will not face criminal charges for attacking the driver of the vehicle that hit and killed her children.

The office of Miami County Prosecutor Jeff Sinkovics confirmed that he’s decided not to press charges against Brittany Ingle of Rochester, WRTV-TV reported.

After Alyssa Shepherd was sentenced on Dec. 18 to four years in prison for the deaths of Alivia Stahl, 9, and her twin 6-year-old brothers, Mason and Xzavier Ingle, the children’s mother rushed past security and attacked Shepherd.

Brittany Ingle hit Shepherd in the head “with what appeared to be her hand/elbow,” the force of which pushed Shepherd’s head into the wall, court documents said. Ingle was restrained and taken from the courtroom in handcuffs.

Fulton County prosecutors requested a special prosecutor last month, saying they could not be unbiased after working closely with Ingle on the case.

After the crash, Shepherd told authorities she didn’t realize that she was approaching a stopped school bus, despite its activated stop arm and flashing lights. She told police she saw the lights but didn’t recognize the vehicle as a school bus until the children were right in front of her.