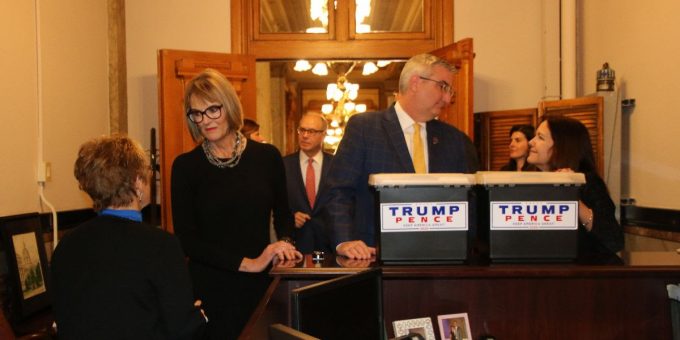 With the work of volunteers from across Indiana, more than 10,000 Hoosiers signed a petition to earn President Trump a place on the ballot in Indiana — more than double the statewide requirement of 4,500 signatures for a presidential candidate.

“It was a thrill to welcome Karen Pence back home again to Indiana, and equally exciting to play a role in getting the Trump-Pence team back on the ballot,” said Hupfer. “Hoosier Republicans are organized, motivated and energized and collected more than double the needed signatures in a record amount of time to ensure President Trump and Vice President Pence will be on our ballots this November. Indiana was first on the board for the president in 2016, and I know Hoosier voters will make Indiana first on the board again on Election Day when we reelect President Donald J. Trump.”