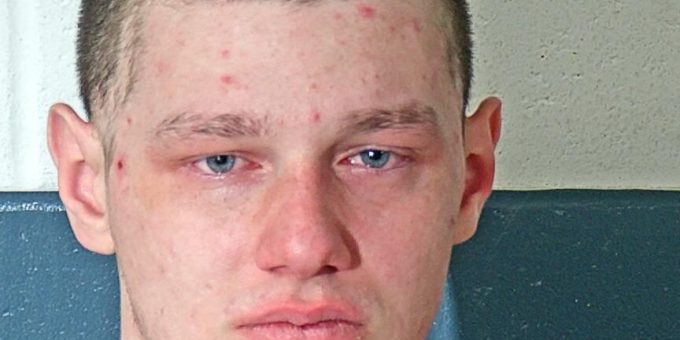 (BEDFORD) – Two Bloomington men were arrested Saturday afternoon after they drove a stolen green Dodge Ram 1500 into a ditch on Bartlettsville Road.

According to Lawrence County Sheriff’s Department Chief Deputy Aaron Shoults, an officer responded to Bartlettsville Road after a report of a disabled vehicle.

When the officers arrived he found 19-year-old Jarrod Ragsdale and 33-year-old Justin Isom, both of Bloomington, standing outside of the truck in the ditch.

“The officer noticed a glass smoking device in the coat pocket of Ragsdale,” Chief Shoults added.

The officer then found a scale, marijuana, and meth at the scene.

“The officer discovered that the truck had been reported stolen out of Monroe County,” Chief Deputy Shoults added. “Both Ragsdale and Isom were taken into custody.”

Both were transported to the Lawrence County Jail.

Isom was arrested on charges of auto theft, and receiving stolen property