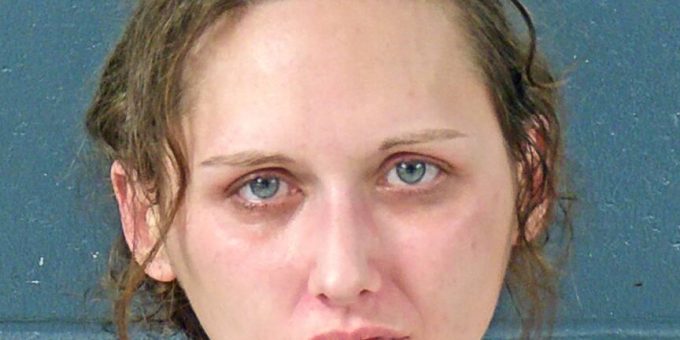 (BEDFORD) – Two people were arrested after Bedford Police officers were called to Walmart on Friday night.

When police arrived they found 36-year-old Jessica Douglas at the self-checkout register. Police say Douglas was intoxicated and refused to cooperate with officers.

“The officers attempted to place handcuffs on Jessica and she began resisting, screaming and kicked an officer in the chest,” says Chief Terry Moore. “Officers located in her personal belongings methamphetamine, a used syringe, and medication not prescribed to her.”

Walmart employees told police there was a male with Douglas and he had left the store.

Officers located 24-year-old Johnny Gibson walking away from the store. He was arrested on a charge of public intoxication.