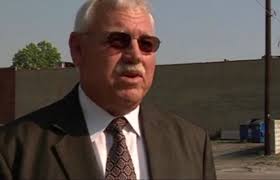 (VINCENNES) — The Indiana Supreme Court has suspended a former southwestern Indiana prosecutor’s law license after concluding that he abused his authority by retaliating against a police detective who discovered his sexual relationship with a criminal defendant.

Joseph Burton had served as Knox County’s chief deputy prosecutor until he retired from that post in April 2018. An recent order issued by the state Supreme Court’s Disciplinary Commission immediately suspended the Farmersburg man’s Indiana law license for 90 days, followed by an automatic reinstatement.

The court’s order states that Burton retaliated against a Vincennes Police Department detective who had learned that a woman facing methamphetamine-related charges in adjacent Greene County was having a sexual relationship with a prosecutor.

The detective then interviewed that woman, who said she had been in an on-and-off relationship with Burton for about 20 years, according to the court’s order. After the woman was convicted, sentenced and incarcerated, she told Burton that the detective had spoken to her, prompting him to reply that the officer has “got it coming now.”

Burton instructed the woman to provide him and Knox County Prosecutor J. Dirk Carnahan with a statement about her interview with the detective, giving her specific guidance on what to include in that statement.

After receiving that letter, Carnahan filed an employee misconduct complaint with Vincennes police against the detective, the order states.

The commission concluded that Burton had “committed attorney misconduct by abusing his prosecutorial authority as part of a campaign of retaliation against a detective.”

Disciplinary complaints were filed against both Burton and Carnahan in May 2019. A listed phone number for Burton could not be located.

Carnahan’s case is still pending before the court’s disciplinary commission, The Indiana Lawyer reported. His attorneys said the order didn’t provide the complete context of the charges.