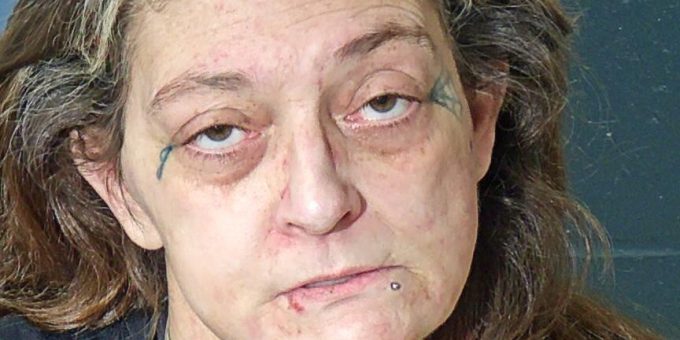 (BEDFORD) – A Bedford woman was arrested early Sunday morning after Lawrence County Sheriff’s Department deputies were called to a home in the 4180 block of Dixie Highway regarding a domestic fight.

When police arrived, they spoke with 42-year-old Aimee Capps and an adult male.

The male told police Capps began slapping him and he had to restrain her.

“The male left the home and returned about an hour and a half later hoping Capps had calmed down,” said Chief Deputy Aaron Shoults. “She had not. Capps had done significant damage to the inside of the residence.”

Capps was arrested on a charge of domestic battery and transported to IU Health Hospital after complaining of a wrist injury.

“Once at IU she refused to exit the patrol car, refused to cooperate with officers and the ER staff and continued to resist officers,” said Chief Deputy Shoults. “Capps was loud and verbally abusive and threatening to officers and staff.”

After being medically clear was transported to jail without further incident on two counts of domestic battery, disorderly conduct, resisting arrest, and intimidation.