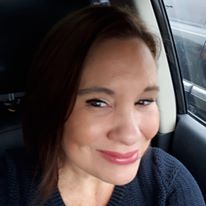 (ROCK HILL, SC) – A Rock Hill, South Carolina man has been charged with murder in the shooting death of his estranged wife, 48-year-old Julie Bartlett Taylor, formerly of Bedford.

Julie Nicole Taylor was found dead in her home on Friday.

Police arrested 47-year-old Christopher J. Taylor for her murder, and possession of a weapon during a violent crime, says Lt. Michael Chavis of the Rock Hill Police Department.

Julie Taylor was found shot to death around 1:15 p.m. Friday on the couch in her townhome on Winding Way in Rock Hill.

Rock Hill physician Bill Alleyne says Julie Taylor was a longtime nurse in Rock Hill who was respected and loved by her peers at Piedmont Medical Center. Taylor worked with Alleyne for more than 20 years.