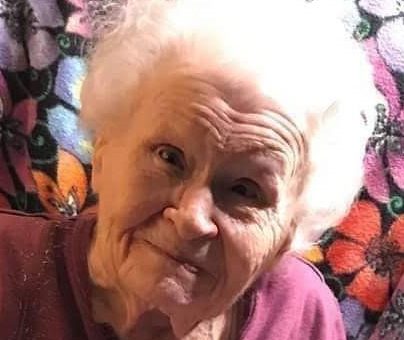 Oweeta “Weetie” Flinn, 97, of Bloomington, passed away peacefully on Wednesday, January 15, 2020, at Monroe Place in Bloomington.

Born January 8, 1923, in Leesville, Indiana, she was the daughter of Everett and Lorena (Keithly) Pace. She married Hurvey Earl “Ick” Flinn and he preceded her in death in May of 1955.

She was the head seamstress for Indiana University Halls of Residence and she worked on the VT Project during WWII at RCA. She was a Tunnelton High School graduate. Oweeta enjoyed sewing, making doll clothes, and spending time with her family.

She was preceded in death by her parents; husband; two sons, Ronald and Tom Flinn; and two sisters, Jean Horner and Helen Sovern.

In lieu of flowers, memorial contributions may be made to the Monroe or Lawrence County Humane Society.