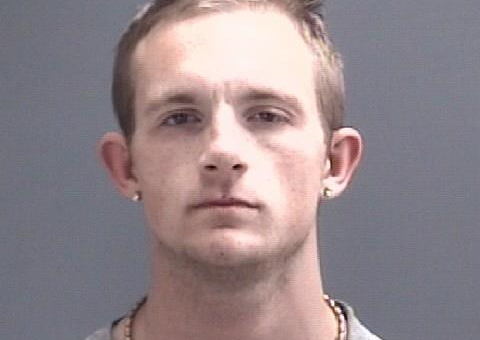 (GIBSON CO.) – On Tuesday, at approximately 9:06 p.m. Indiana State Trooper Lukeman was patrolling US 41 near State Road 68 when he stopped the driver of a 1998 Toyota 4-Runner for driving 84 mph.

The driver was identified as 22-year-old Cody A. Randall, of Jeffersonville.

While talking to the driver Trooper Lukeman detected signs of impairment, but Randall refused to submit to a chemical test. Police then discovered the vehicle had been reported stolen out of Louisville, KY.

Randall was arrested and taken to the Gibson County Jail where he is currently being on charges of possession of stolen property, driving while intoxicated refusal, and operating a vehicle without ever obtaining a driver’s license.