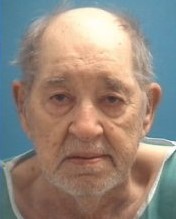 (HOPE) – Authorities have identified the victims in the stabbing death in Hope.

Police have identified the murder victim at 50-year-old Charles A. Mee, of Hope.

The Bartholomew County Coroner’s Office says Charles Mee died from a stab wound to the neck and blunt force trauma to his head and face.

Also injured was 78-year-old Barbara Mee. She was transported to Columbus Regional Hospital.

Police have not said how the three are related.

Bartholomew County Sheriff’s deputies were called to the incident at 6:30 a.m. Tuesday in the 200 block of Scott Street.

On Tuesday, officers received a call of a domestic disturbance at a residence on Scott Street in Hope, Indiana.

The office said Charles Mee, 50, of Hope, is dead and Barbara Mee, 78, was taken to Columbus Regional Hospital with injuries not believed to be life-threatening. The sheriff’s office declined to clarify the relationship between the Mees.