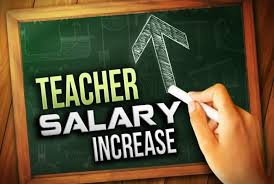 (INDIANAPOLIS) – An Indiana House committee rejected a Democratic proposal on Tuesday that would have directed $291 million in unexpected state tax revenue toward one-time teacher pay bonuses.

Tom Davies, with the Associated Press, reports the Republican-controlled House Ways and Means Committee voted 13-7 along party lines against the proposal, going along with arguments from GOP Gov. Eric Holcomb’s budget director that it wouldn’t be the best use of the money.

Another legislative committee, meanwhile, advanced bills that would delay any penalties to schools from lower student scores on the state’s new ILEARN standardized test and to end the mandatory use of those test results in teacher evaluations.

Ways and Means Committee Republicans endorsed a bill backed by Holcomb that would direct the $291 million to paying cash rather than borrowing money for several planned college campus construction projects, as was allowed under the state budget approved in April.

State Budget Director Zach Jackson told the committee that the planned use of the unanticipated revenue collected last budget year could save the state about $135 million in interest payments, making that money available for future state spending.

“I think most people would choose to go ahead and use the cash to pay off that debt,” Jackson said.

The state’s cash reserves will remain over the $2 billion mark, which the Holcomb administration has said is important for retaining the state’s top-level credit rating. Holcomb said Monday that he might suggest a teacher pay boost in his State of the State speech next week, but he also has said the state budget’s 2.5% increase for K-12 schools for this school year and next represents “historic, unprecedented progress.”

Democratic state Rep. Ed DeLaney, of Indianapolis, said he believed that with current interest rates below 3% the available tax money would be better spent on addressing the state’s lagging teacher pay.

“In a low-interest rate, high-growth economy, I sit like a brooding hen on a triple-A debt rating and I never deliver the egg,” DeLaney said. “So, I’m asking you to just act like any other state, any other government (and) take advantage of a good credit rating by borrowing for legitimate purposes and expand what you do for our people.”

The Democratic proposal would’ve resulted in bonuses of more than $4,000 per Indiana teacher, whose average 2017-18 salary of about $50,600 was the lower than teachers in any of Indiana’s neighboring states, according to the National Education Association.

The House Education Committee voted unanimously in support of sending to the full House bills that would limit the use of the ILEARN standardized test scores after fewer than half of Indiana students met expected achievement levels when the exam was first given in spring 2019.

One proposal would prevent any school from receiving a lower A-F state rating based on results from the 2019 or 2020 ILEARN exams. The other would end a state requirement dating from a 2011 Republican-driven education overhaul that school districts incorporate those student exam results in their teacher evaluations, which are used in determining merit pay raises.

The teacher evaluation change is a reversal of state policy that gives school leaders the authority to decide how to assess teacher performance, said Republican state Rep. Tony Cook of Cicero, a former school district superintendent and the bill’s sponsor.

“Measuring a teacher’s effectiveness based on their students’ performance on a single standardized exam is an imperfect and, sometimes, an unfair system,” Cook said.

Teacher and school administrator groups spoke in favor of the proposals, with some saying the use of the exam scores in teacher evaluations has created high stress on students and teachers and contributed to low morale among many educators. They also backed a two-year delay in using the ILEARN scores for school ratings to allow schools time for adjustments after replacing the much-maligned ISTEP exam.

Indiana Chamber of Commerce vice president Jason Bearce was among opponents of the bills who maintained that a change wasn’t needed with more than 90% of teachers are being rated effective or highly effective under the current system.

“Signals matter and for the state to say that objective measures of student achievement don’t matter, it sends the wrong message and really sets a troubling precedent,” Bearce said.