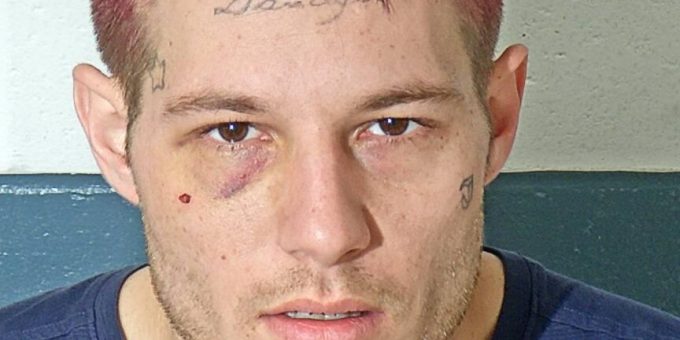 (BEDFORD) – A Columbus man was arrested after Bedford Police officers received a call that a man was looking into windows.

“Officers located 29-year-old Tyler Small in the same area officers were requested to and while asking for his identification he gave a false name multiple times,” says Chief Terry Moore. “While trying to detain Small he started resisting and officers forcibly placed handcuffs on him.”

After being detained Small gave his true name and date of birth and officers determined that he was wanted on a warrant through Bartholomew County.

Small was arrested on charges of synthetic identity deception, resisting arrest and the warrant.