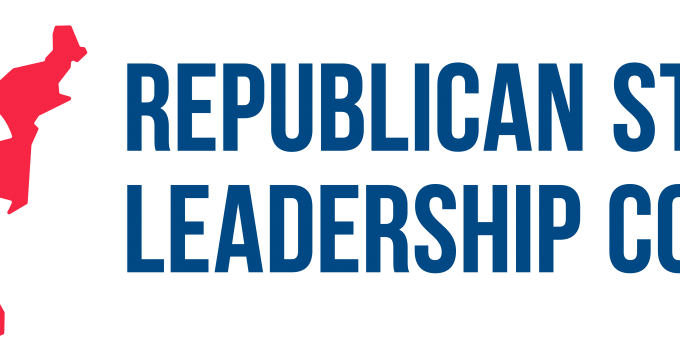 (WASHINGTON) – The Republican State Leadership Committee (RSLC) this morning announced that former U.S. House Speakers Paul Ryan (2015-2019), John Boehner (2011-2015), and Newt Gingrich (1995-1999) have joined together to lead the RSLC’s Speakers Advisory Council. In these key advisory roles, each of the Speakers will provide critical support to the RSLC’s recently-launched ‘Right Lines 2020’ initiative to protect Republican legislative majorities ahead of the decennial redrawing of federal and state district maps.

“If Republicans don’t win in the states next year, the keys to Congressional majorities for the next ten years will be in the hands of the same do-nothing Democrats that are there right now – it’s just that simple,” said Speaker Newt Gingrich. “Every Republican should be alarmed by what liberal billionaires have committed to spending on down-ballot races, and not just in states where Democrats traditionally win. They’re focused on states like Pennsylvania, Florida, Texas, and my home state of Georgia. Everything is on the table for this invigorated socialist movement. This is a critical moment for the Republican Party, and we must come together to respond to it. I’m excited to join with Speakers Boehner and Ryan to support the RSLC’s commitment to this important work and to make sure it has the resources it needs to be successful.”

Speaker Paul Ryan added, “After getting beat badly in 2010 and facing the consequences for nearly a decade, Democrats are not just focusing on federal elections, but are prioritizing state legislatures as well. They are doing so for one reason: redistricting. The threat this poses to the conservative principles that guide our country, and the policies that keep our families safe, healthy, and working cannot be overstated. The RSLC is leading the fight to protect state and congressional districts from liberal gerrymandering, and I am proud to lend my full support to their mission of winning races up-and-down the ballot.”

Speaker John Boehner said, “President Obama and Eric Holder failed to transform America into a socialist utopia when they were in office, but they’ve clearly not given up just yet. They’ve recruited liberal billionaires, labor unions, and left-wing activist groups to join them in a coordinated program to rig our nation’s legislative boundaries in favor of Democrats. We have to stop them because the outcomes of these elections will have an ever-lasting impact on the future of our country. I served in the state legislature and understand the support our down-ballot candidates need. The RSLC has delivered resounding victories for our Party for two decades, and I stand with them as they fight to protect our majorities across the country.”

Expert, public estimates have predicted that the results in as few as 42 state legislative seats could determine as much as a 136-seat swing in the U.S. House of Representatives for the next 10 years.

With such a drastic potential swing at stake, the RSLC will help lead the Republican Party’s unified efforts on redistricting by supporting Republicans in key states where holding legislative majorities matters most. This includes key presidential battleground states like: Pennsylvania, Ohio, North Carolina, Georgia, Florida, Texas, and Wisconsin.

RSLC President Austin Chambers said, “Our success nationally for the next decade will be determined by our success in the states this cycle, and we’re grateful that former Speakers Gingrich, Boehner, and Ryan are lending their expertise to one of the greatest fights our Party will face. We learned this year that Republicans can win anywhere – from Mississippi to deep-blue New Jersey. We also learned that Democrats believe they can buy any majority they want — and will stop at nothing to do so. Each of our new partners understands these lessons, and they understand what’s at stake. We’re proud to fight alongside them.”

RSLC Chairman Bill McCollum commented, “Nearly a decade ago, state Republicans delivered sweeping gains that laid the groundwork for transformational conservative policies at every level of government. In this next election cycle, though, that challenge is unlike anything we’ve seen before. Democrats have turned their attention down the ballot and their liberal billionaire allies have followed suit. The RSLC is leading the fight to stop them and with support from leaders like former Speakers Gingrich, Boehner, and Ryan, our team is in an excellent position to win critical elections in every corner of the country.”

RSLC National Finance Chairman Ron Weiser said of the announcement, “The unprecedented sums of money funneled into legislative elections in states like Virginia this year is a frightening harbinger of what’s to come. Radical leftists have turned their attention to critical states across the country – Pennsylvania, Florida, Georgia, Texas, North Carolina, and more – and are ready to win at any cost. We have no choice but to lead this fight and protect the future of our country. I know Speakers Gingrich, Boehner, and Ryan. They are patriots. And the passion they will bring to our team will be unmatched by our opponents.”

The RSLC will continue its work to elect conservative judges to state courts in the 2019-2020 cycle, as the U.S. Supreme Court confirmed earlier this year that the federal judiciary has no business deciding partisan political disputes over redistricting. The ruling delivered a major blow to the Obama-Holder ‘sue until it’s blue’ legal strategy and increased the stakes of electing conservative judges in the states.

The RSLC will also remain focused on electing Republicans to statewide offices, adding to the great group of lieutenant governors, secretaries of state, and agriculture commissioners across the country.