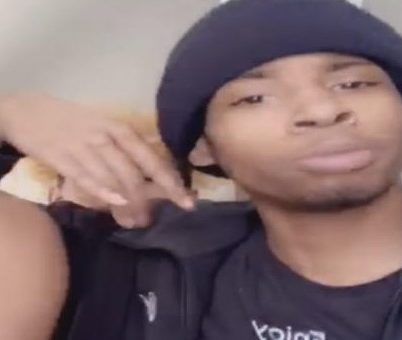 (BLOOMINGTON) – Bloomington Police are looking for 19-year-old Jaylen Beatty, of Indianapolis, after he allegedly broke into a Bloomington pawn shop and stole firearms from a display case and then gave those weapons to three Bloomington juveniles.

Bloomington Police responded to an alarm at 1:55 a.m. on Nov. 22 at Ace Pawn Shop on South Oakdale Drive. Officers found a broken window and discovered that several handguns had been stolen from a display case.

Beatty is wanted on warrants of burglary, theft, carrying a handgun without a license and three counts of dangerous control of a firearm for giving the guns to juveniles.

On Nov. 24, a woman and her 14-year-old son went to the Bloomington Police Department after she found a gun in her son’s bedroom. Police determined the gun had been stolen from Ace Pawn Shop.

Officers went to the woman’s home on Leonard Springs Road and when they arrived they found that the woman’s 15-year-old son also had a gun tucked into the waistband of his pants. He threatened the officers with the weapon saying he should have shot them and refused to speak with investigators.

Three days later another 14-year-old boy turned himself in saying he played a role in the Ace Pawn Shop burglary. He was arrested on juvenile charges of burglary and theft of a firearm and transported to a juvenile detention center.

Investigators found some of the stolen handguns at the teen’s residence in the 1700 block of East Devon Lane.

Investigators then posted surveillance at the home. On November 25th they witnessed 20-year-old Nicholas Shufford jump a fence and bury items in the ground on a neighboring property owned by Deer Park Manor.

Members of the Critical Incident Response Team responded to the area and arrested Shufford. Officers dug up the items which were the handguns stolen from Ace Pawn Shop

Shufford is also facing gun and battery with bodily injuries to a police officer, carrying a handgun without a license and two counts of resisting arrest charges in Marion County.

In total five of the stolen firearms have been recovered, according to the press release.