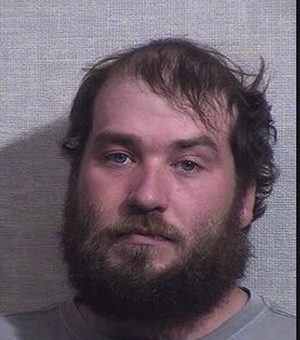 (MEDORA) – An Austin man was arrested Sunday afternoon after he was involved in a road rage incident near Medora.

Witnesses told police Allman who was driving a red Chevrolet pickup had tried to ram a gold Ford F-150 truck several times and then forced the truck off the road in the 8000 of West County Road 425S in Carr Township.

After being run off the road, the Ford F-150 hit a Rumpke dumpster, a Jackson County Water Utility meter, and went into a yard damaging the landscape.  Police say the driver of the pickup was not injured.

Allman, who was on house arrest, left the scene, but police were able to confirm he was in the area at the time of the incident through the GPS in his ankle bracelet.

Allman later came to the jail in Brownstown and was arrested.