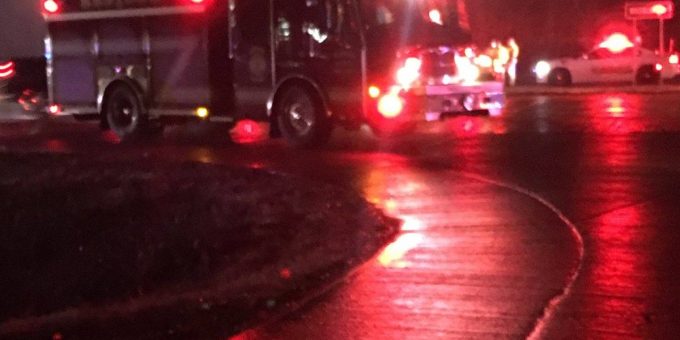 (MITCHELL) – Eight people were injured on Saturday at 6:43 p.m. in a two-vehicle accident at State Road 37 and Woodville Road.

According to a Lawrence County Sheriff’s Department report, 68-year-old Patricia Graves, of Mitchell, was traveling eastbound on Woodville Road in a 2006 Suzuki.

At the same time, 40-year-old Benjamin Cole, of Carmel, was traveling northbound on State Road 37 in the left lane.

Police say Graves proceeded through the intersection to turn left and go north on State Road 37.

Police say Graves failed to yield to the oncoming traffic before entering the left northbound lane of State Road 37 from Woodville Road.

Cole attempted to slow his vehicle and move to the right lane of State Road 37 as he approached the intersection in an attempt to avoid the collision, police said.

Graves’ car struck the left rear door of Cole’s 2019 GMC Yukon with the right front bumper of her car.

Cole’s vehicle then veered off the roadway to the right, exited the roadway and went down an embankment that is approximately 100 feet below the roadway. The vehicle then struck several trees and debris which caused extensive damage to the front end of the Yukon.

After impact, Graves’ car slid sideways and traveled north in the left lane of State Road 37 for approximately 200 feet. The car then left the roadway and stopped in the grass median north of the intersection.

Graves had to be freed from the wreckage by firefighters responding to the scene.

Graves, who was not wearing her seatbelt, was transported to a local hospital for incapacitating injuries.

Cole and his six passengers were treated at the scene and released.

Graves was cited for failure to yield the right of way.