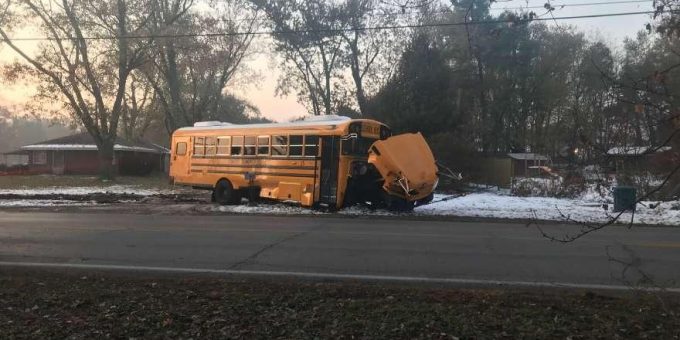 (ELKHART CO.) – Eight people were taken to a hospital Monday morning after an SUV crashed into a school bus.

Just after 6 a.m., an SUV ran a stop sign at Mishawaka Road and County Road 107 and crashed into a Concord school bus.

Three people inside the SUV were taken to a hospital to be evaluated. The driver of the school bus and a bus aide had minor injuries. The three students on the bus were not injured.

Police cited the driver of the SUV 43-year-old Israel Rangel Lozada, of Elkhart, for running the stop sign and operating a vehicle with a fictitious registration.