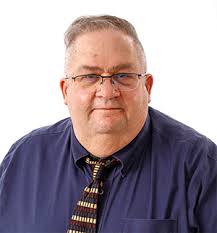 (MUNCIE) – The majority of Hoosiers believe there are plenty of jobs, but those without a college degree are having difficulty finding employment, according to the 2019 Hoosier Survey from Old National Bank and Ball State University

The telephone survey of 600 adults Indiana residents found that 64 percent of Indiana residents believe there are plenty of job opportunities in their community, compared to 25 percent reporting that finding employment is difficult.

The Hoosier Survey found that among respondents with only a high school diploma or less, 29 percent report that jobs are difficult to find, compared to only 18 percent for college graduates and 24 percent for those with some college.

“In some respects, Hoosiers with lower levels of education or household income seem to be having a different experience than those with more education or higher incomes,” said Charles Taylor, managing director of the Bowen Center for Public Affairs at Ball State, which conducts the annual public opinion survey. “Not only are they more likely to say that jobs are hard to find, but they are also more likely to report growing numbers of immigrant workers and the sale of more foreign-made products in the U.S. as harmful to workers in their communities.”

The study found that 65 percent of respondents identified exports as beneficial to the state while 41 percent said a growing number of immigrants working in the U.S was helping Indiana. The two factors that are most likely to be identified as harmful included increased outsourcing of jobs to other countries (79 percent) and the imports of foreign-made products (65 percent).

The survey found that improving public schools, public safety, and local streets and roads were Hoosiers’ top priorities for their communities.

Other major findings include:

About 46 percent said that it is a federal government responsibility, with more supporting a continued mix of private insurance than the creation of a single-payer system run by the government.

For more than a decade, the Bowen Center for Public Affairs has conducted the Hoosier Survey to provide Indiana policymakers with a measure of public opinion on current issues facing our state and nation.

This non-partisan public policy survey is designed to take the pulse of the state on the most pressing issues facing Hoosiers. The results are delivered to every member of the Indiana General Assembly so that lawmakers can gauge public views about issues they are likely to face in the coming session.

For more information about the Bowen Center, go to https://bowencenterforpublicaffairs.org

Founded in 1918 and located in Muncie, Ball State University is one of Indiana’s premier universities and an economic driver for the state. Ball State’s 22,500 students come from all over Indiana, the nation, and the world. The 790-acre campus is large enough to accommodate first-rate facilities and 19 NCAA Division I sports, but our welcoming and inclusive campus is small enough to ensure the friendliness, personal attention, and access that are the hallmarks of the University. Destination 2040: Our Flight Path establishes Ball State’s ambitious goals for our second century. We Fly!