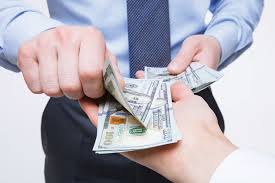 (INDIANAPOLIS) – Indiana Secretary of State Connie Lawson announced that the Indiana Securities Restitution Fund has returned more than $1 million to victims of securities and investment fraud.

Hoosiers have lost millions of dollars to scammers and fraudsters. Often, by the time the scammer is caught, they have already spent or lost most of the stolen funds. The Fund seeks to assist Hoosiers as they work to put their financial lives back together.

“I am proud of the work the Indiana Securities Division has done to deliver justice to so many victims of investment fraud,” said Secretary Lawson. “Our savings and investments are dearly-won and easily lost, and I encourage all Hoosiers to educate themselves on investment fraud prevention through the Indiana MoneyWise program.”

The Fund was established in 2010 and allows a victim of a securities violation to receive an award of up to $15,000. There have been more than 100 awards with an average award of $10,000 and an average award recipient age of 64. The Fund is not supplied by taxpayer dollars, but from fines levied against industry bad actors.  Indiana was the first state to establish a securities specific restitution fund and is still one of only three states with a fund.

“I routinely receive calls from other states who want to replicate Indiana’s unique program,” said Securities Commissioner Alex Glass.  “This is another area where Secretary Lawson has led the charge and pushed an initiative to help harmed Hoosiers.”

Hoosiers can learn more about savings, investment fraud, and common scams at www.IndianaMoneyWise.com.