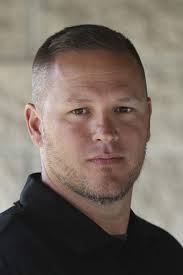 The voters let Mayor England know that they were satisfied with England’s first term as Mayor and the direction the City of Mitchell is headed.

“I am very excited about the win. I am happy with the direction Mitchell is going in. Very happy with the results of tonight’s election. I am kind of speechless at the moment and lost for words. I will continue to work for Mitchell in the next four years, keeping the progress that is already underway, ” stated England.

Democrat candidate Eugene “Pud” Terrell plans to continue to work for the City of Mitchell on the Street Department.

“I will not run again, I am 61-years of age and done with running in political races,” Terrell stated.

Mitchell is in the middle of the expansion of Lehigh which will bring needed investment in the small city. Mayor England and city officials will continue to work to bring new businesses to the Industrial Park.