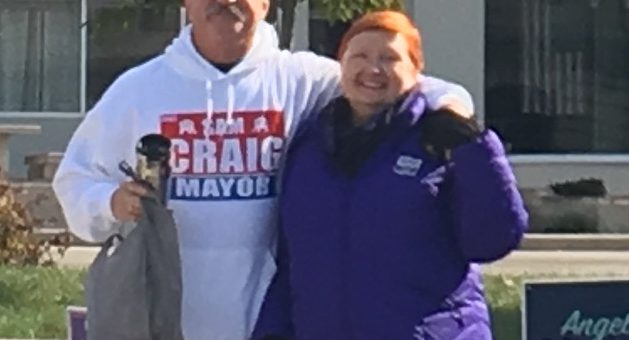 (UNDATED) – Voters headed to the polls this morning in the Municipal Elections for Bedford, Mitchell, and Oolitic.

The candidates for several of the races, as well as their campaign workers, had a good time by sharing some good-natured fun with one another.

Lawrence County Clerk Billie Tumey reported that there were no major voting machine issues. Minor issues were addressed by a Microvote Technician on site.

Early voting totals are not included in this report. For complete election results tune to 1340 WBIW after the polls close at 6 p.m.