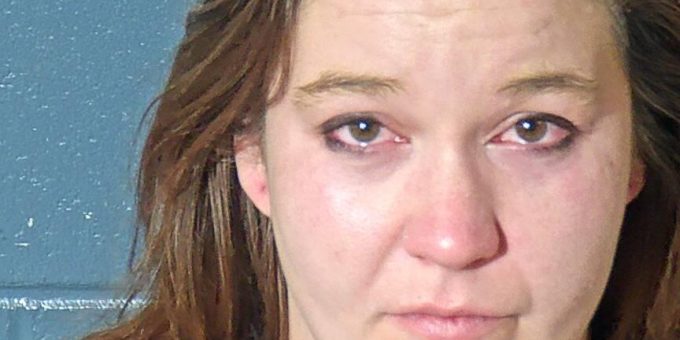 (BEDFORD) – A Williams woman was arrested after she crashed into another vehicle and then left the scene on Tuesday afternoon.

Bedford Police officers arrested 27-year-old Whitney Lagle on charges of operating a vehicle while intoxicated endangerment, open container, and leaving the scene of an accident.

Two officers arrived on the scene and witnessed the driver pull into a driveway. The driver, Lagle, exited the 2005 Ford Freestyle that had heavy front end damage and was leaking fluids.

She was ordered to stop and complied with the officer’s request. Officer Bade stayed with the driver while Officer Crane responded to the crash site.

Lagle was administered a field sobriety test which she failed. She was also given a preliminary breath test with a 0.141 result. She was transported to a local hospital for a blood draw and was arrested.

At the crash site, Officer Crane spoke to the other driver, 31-year-old Jared Brown, of Mitchell. He told police he was traveling east on 17th Street in his 2004 Jeep Wrangler and was making a left turn onto I Street. Once he began turning, he saw Lagle’s vehicle approaching at a high rate of speed and the two vehicles collided. Lagle then backed up her vehicle and drove away, leaking fluid that left a trail to her driveway.

Brown had two small children in his Jeep at the time of the crash. No one was injured during the incident.