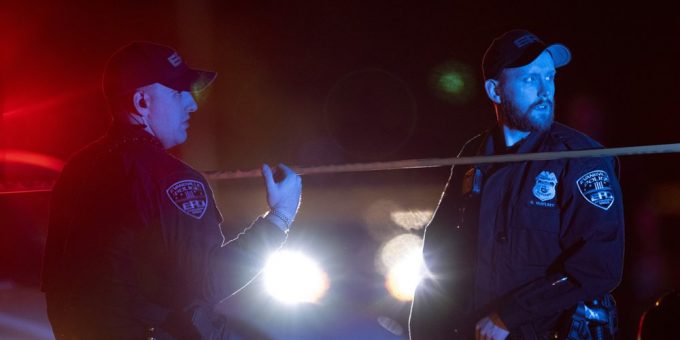 (EVANSVILLE) — A man fatally shot by a police officer following a traffic accident in southwest Indiana was aggressively approaching the officer with a hammer before the shooting occurred, authorities said Tuesday.

Evansville Police Capt. Andy Chandler said an officer was asking Chanley questions about the accident on the city’s east side and wasn’t getting a response when Chanley made a quick movement as if he was reaching for something.

Chanley pointed what the officer believed could be a gun and that is when the officer stepped back, gave orders and fired shots, Chandler said.

Investigators later discovered the item he was carrying was a hammer with a black handle, Chandler said.

Authorities say there is body camera and dash-camera video of the incident.

The officer, whose name Evansville police has refused to release, acted in a “legal, justified and reasonable manner,” Chandler said. The officer will be placed on paid administrative leave per department policy, authorities said.

Authorities also have not disclosed the race of Chanley or the officer.

A 911 call obtained by the Courier & Press under Indiana’s Access to Public Records Act has the caller disputing the official version of events. The caller says on the tape that he “witnessed a cop shoot a guy in the chest,’” adding that the victim didn’t have a gun and that his hands were on his head.

Chandler called the account “absolutely false,” adding that witnesses often hear but don’t see the event itself and only get a glimpse of the aftermath.

An investigation into Chanley’s death is in the preliminary stage and an autopsy is scheduled for Wednesday, coroner Steve Lockyear said.