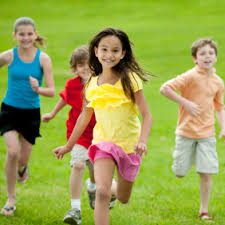 (UNDATED) – In Indiana, 114,800 young people ages 10 to 17 have obesity,
according to the newest data released this month. The obesity rate in Indiana for this age group, 16.6 percent has held steady in recent years and ranks as the 13th highest in the nation.

The data come from the 2017 and 2018 National Survey of Children’s Health (NSCH), along with analysis conducted by the Health Resources and Services Administration’s Maternal and Child Health Bureau.

Nationwide, 4.8 million young people ages 10 to 17, or 15.3 percent, have obesity. The data are included in State of Childhood Obesity: Helping All Children Grow up Healthy, a new report from the Robert Wood Johnson Foundation (RWJF). This first-ever report includes the best available data on national and state childhood obesity rates, policies that can help address the epidemic, and features stories about local communities taking action.

The full release, including videos and interactive data features, can be found at www.stateofchildhoodobesity.org.

“These new data show that this challenge touches the lives of far too many children in this country and that Black and Hispanic youth are still at greater risk than their White and Asian peers,” said Richard Besser, MD, president, and CEO of RWJF. “The Robert Wood Johnson Foundation is committed to reducing the rates of childhood obesity across the nation. We know it won’t be easy, or quick. We know it will require policy changes at every level of government, and we’re working alongside others to
implement shifts that will make it easier for kids and their families to be healthy.”

Over roughly the last decade, RWJF has committed more than $1 billion to helping all children grow up at a healthy weight.

RWJF includes several policy recommendations in the report that would help ensure more children in the United States have consistent access to healthy foods from the earliest days of life, in order to help them grow up at a healthy weight.

Among the recommendations:
● The U.S. Department of Agriculture should rescind proposed changes to the Supplemental Nutrition Assistance Program (SNAP), or food stamps, that would cause millions of participants to lose their benefits. Nearly one-third of children age 4 or younger participate in SNAP in a given month.
● USDA should maintain nutrition standards for school meals that were in effect prior to December 2018, and current nutrition standards for school snacks.
● As USDA revises the food package for WIC, the Special Supplemental Nutrition Program for Women, Infants, and Children, all recommendations should be scientifically based.
● The Centers for Disease Control and Prevention (CDC) should have adequate resources to provide grants to all 50 states to implement multi-sector campaigns to address obesity.
● State policymakers should allow cities and counties the flexibility to regulate, tax or otherwise enact strong legislation related to children’s health and healthy communities. The new NSCH obesity rate data released today also reinforce that dramatic disparities persist along geographic, racial, ethnic, and socioeconomic lines.
● The national obesity rate for youth ages 10 to 17 in 2017-18 was 15.3 percent, compared with 16.1 percent in 2016. The difference is not statistically significant.
● Racial and ethnic disparities persist. Black and Hispanic youth had obesity rates (22.2 percent and 19.0 percent, respectively), that were significantly higher than White youth, 11.8 percent, or Asian youth, 7.3 percent.
● There are also disparities by income level: 21.9 percent of youth in households making less than the federal poverty level had obesity, significantly more than the 9.4 percent of youth in households making at least 400 percent of the federal poverty level.
● Mississippi had the highest overall youth obesity rate, 25.4 percent, and Utah had the lowest, 8.7 percent.
● Three states had obesity rates statistically significantly higher than the national rate in 2017-18: Mississippi (25.4%), West Virginia (20.9%), and Kentucky (20.8%).
● Six states had obesity rates statistically significantly lower than the national rate in 2017-18: Utah (8.7 percent), Minnesota (9.4 percent), Alaska (9.9 percent), Colorado (10.7 percent), Montana (10.8 percent), and Washington (11.0 percent).
● No states saw statistically significant changes in their overall obesity rates between 2016 and 2017-18, however additional years of data are needed before trends over time can be reliably assessed.

“These differences by race, ethnicity, and geography did not happen by chance,” said Besser. “They are a result of discriminatory policies and systems that have been in place for decades. However, we have the power to change these outcomes and make our nation a more equitable society. The more we understand the barriers to good health, the more we can do to address them.”

Obesity can put young people at greater risk for several other diseases, including type 2 diabetes, heart disease, and certain types of cancer. Research also shows the importance of obesity prevention efforts
early in life: One study found that five-year-olds who were overweight were four times as likely as healthy weight children to have obesity by age 14.

The last several years have brought some significant policy shifts, along with declining obesity rates among some children. More than 30 million children eat healthier school breakfasts, lunches, and snacks thanks to the updated nutrition standards ushered in by the Healthy, Hunger-Free Kids Act of 2010.

The obesity rate among children participating in WIC declined from 15.9 percent in 2010 to 13.9 percent in 2016. Researchers from the CDC cited recent healthy updates to the WIC food package, the foods and
beverages participating families can purchase, as one possible driver of the decline in rates.

The report also highlights on-the-ground action several communities are taking to help children grow up at a healthy weight. Leaders in Boston, San Antonio, Columbus, Ohio and Washington State all are featured for their innovative efforts to improve access to healthy foods and opportunities for kids and families to be active.