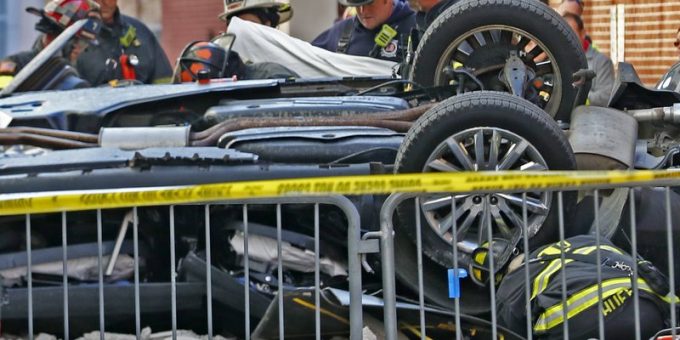 (INDIANAPOLIS) – A man and woman in their 70s died after their car careened from a fourth-story parking garage.

The car landed on its roof after falling from the Market Square Center Garage in the 200 block of East Market Street.

The accident happened just before 10 a.m. Wednesday, according to the Indianapolis Fire Department. IFD said it was unclear what led to the deadly crash.

The Indianapolis Metropolitan Police Department is investigating it as an accident.