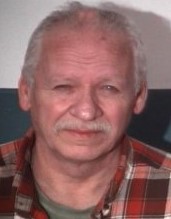 (BEDFORD) – A Bedford man was sentenced to 10 years in the Indiana Department of Corrections today in Lawrence County Superior Court.

Roger Hardin was sentenced to 10 years on a charge of possession of meth, a Level 4 felony. Judge Williams Sleva suspended two years of the sentence which will be served on supervised probation upon his release.

Indiana State Police arrested Hardin in February on charges of dealing and possession of meth.

After multiple controlled buys, police pulled over Hardin on State Road 37. Hardin was taken into custody based on probable cause that was established during the investigation. A search warrant was then executed on Hardin’s home, where police say they found 20 grams of meth, $10,000 in cash, marijuana and drug paraphernalia.

He was arrested on charges of dealing and possession of meth.

In August, Hardin pleaded guilty to a Level 4 felony charge of possession of meth in a negotiated plea deal.