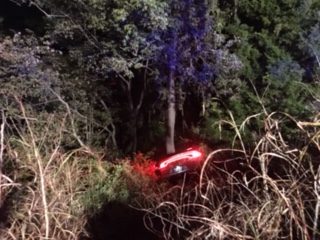 (TUNNELETON) – A Lawrence County Police officer was involved in a traffic accident around 9:15 p.m. on Tunnelton Road Thursday evening.

The Lawrence County Police Department did not have the accident report completed as of Monday morning. According to witnesses at the scene, the officer swerved to miss a vehicle, went over an embankment and struck a tree.

Another police officer arrived and assisted him in getting out of his vehicle after he was partially trapped.

The officer refused treatment at the scene.