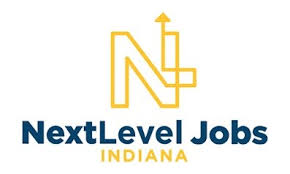 (INDIANAPOLIS) – The combination of a popular state grant and a new advanced manufacturing program in Anderson is helping a local company there hire and train the employees it needs to meet future growth expectations.

The new employees, however, are just the first of eight that Owner Dan Ertl plans to bring aboard within the next year—a more than 60% increase from the 13 workers Ertl Enterprises now has on the payroll.

To ensure the employers can properly operate its machinery, the company is taking advantage of the state’s employer training reimbursement, which provides companies $5,000 per employee up to $50,000 for training costs.

“It alleviates the financial burden of training for us,” Ertl said. “The process [to get the grant] has been painless, and I couldn’t be more pleased about that.”

Ertl Enterprises was founded in 1996 and in 2002 started designing and manufacturing custom combustion systems. The company this year already has exceeded its previous annual sales record by picking up a couple of key clients and is poised for even more growth, Ertl said. That’s because Ertl Enterprises is forming a partnership with a large company that he expects will double business.

The growth prompted Ertl to seek out both the state reimbursement and the Anderson Advanced Manufacturing Program.

“It’s exciting to see Hoosier employers succeed thanks in part to our Employer Training reimbursement and innovative local workforce initiatives like AAMP,” said Holly Meyer, DWD’s Regional Manager of Business Services. “Through strong relationships like Dan Ertl forged with community workforce leaders, synergistic programs such as these take our workforce and communities to the next level.”

The program is modeled after Rapid Reemployment for Advanced Manufacturing Positions (RAMP) in Lafayette—a feeder system for automotive manufacturer Subaru.

“The challenge was to expand on that and what they had created to fit a more diverse range of industries here [in Madison County], because we have everything from food processing to tier 1 auto supply,” recalled Marc Slayton, deputy director of economic development for the city of Anderson.

The need for such a program arose from the difficulty employers in the area are experiencing in their efforts to attract quality job candidates at a time when unemployment is so low, Slayton said.

Madison County’s unemployment rate is 3.8%–slightly higher than Indiana’s overall rate of 3.6%. But what is confounding the problem is the county’s poor workforce participation rate, which ranks 77th out of 92 counties. An estimated 44,000 available individuals are sitting on the sidelines and are not in the workforce, Slayton said.

Recognizing the need for AAMP, the city of Anderson committed $120,000 to help launch it, with the Flagship Enterprise Center kicking in another $24,000.

“They had a large interest [in AAMP], because of the fact we’re growing, not only with local employers but with future companies coming in,” Slayton said. “We realized we were going to have a shortage of workforce in our community. Getting these individuals [off the sidelines] is going to be key to that expansion.”

Three 160-hour courses (four weeks at 40 hours per week) have been completed so far, with 54 individuals completing the program. The early returns are favorable. Nearly 80% of graduates were offered living-wage positions, with a minimum $3-per-hour wage increase from their previous employment, Slayton said.

The cost of the program is $1,600, and participants are paid $10 an hour while enrolled. Both expenses so far have been paid for by the initial investment from the city and Flagship Enterprise Center.

Not all who enroll in the course complete it, however. The strict regimen does not allow for tardiness or unexcused absences. And excused absences are rare, Slayton said.

During the program, trainees complete intensive instruction in lean manufacturing and receive experience on a lean manufacturing production simulator. They also learn about safety, ergonomics and complete a work-gauging exercise to prepare them for spending eight hours a day on their feet.

The training and curriculum was created by Purdue with direction from local companies NTN, NTK, Red Gold and Sirmax.

Ertl of Ertl Enterprises is grateful for the AAMP program and how it is helping the company prepare for future growth by hiring qualified employees.

“What I’ve noticed about them is that they’re work-ready,” he said. “These guys, right from Day 1, seemed like they knew what it took to work in this environment.”