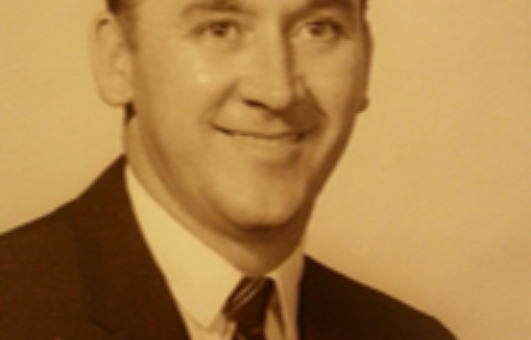 He was born in Indianapolis on August 1, 1932, to Fred Callahan and Helen (Brown) Wicker. He married Sylvia Audrey Callahan on December 17, 1955, and she preceded him in death.

Jack was a graduate of Bedford High School and, he was a Staff Sargent in the US Air Force, he served in Korea and England where he met his wife Audrey. Jack was a founding member of the Mooresville Eagles, was a member of the Stone City Aquanauts Club, a member of the American Legion and V.F.W in Mooresville. He loved woodworking and working in his machine shop, loved dancing, he wrote poetry, coached little league baseball, and spending time with his loving family. Jack worked at RCA, Mallory, Dickey and Sons, Diamond Chain and Jacobs as an electrical engineer before being self- employed, he opened Callahan Sales and Engineering in Mooresville.

He was preceded in death by his parents and wife, Audrey Funeral services are on Thursday, October 3, 2019, at 2 p.m. at Cresthaven Funeral Home, 3522 Dixie Hwy. Bedford, Indiana 47421, burial will follow in Cresthaven Memory Gardens, military rites will be given by the Bedford American Legion Post #33. Visitation will be on Thursday from Noon until service time at 2 p.m. at the funeral home. A celebration of Jackie’s life will
be held at 2 p.m. until 6 p.m. on Saturday, October 5, 2019, at the Mooresville Eagles.