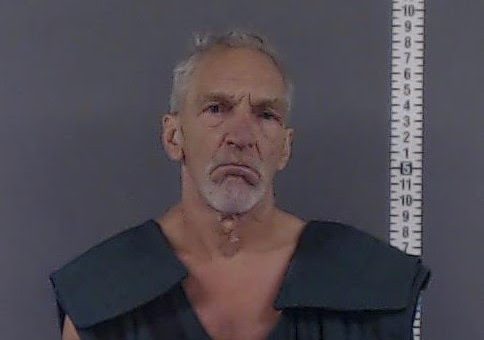 (VALLONIA) – A Vallonia man was arrested on attempted murder charges after an early morning shooting Sunday that sent one man to the University of Louisville with multiple gunshot wounds.

Just before 5 a.m., the Washington County Sheriff’s Department was called to a home at 10005 North Hattabaugh Road, in Vallonia.

When officers arrived, they learned that an overnight guest, 46-year-old Richard L. Williams, of Salem, had been transported by car to St. Vincent Hospital in Salem.

Williams had allegedly been shot by 66-year-old Roger Root, of Vallonia.

According to the residents, Root was also an overnight guest at the house.

The Indiana State Police in Sellersburg was contacted to assist, and Detective Travis Baker responded to the scene along with ISP Crime Scene Technicians.

As part of the investigation, Detective Baker interviewed Root, who had been transported to the Washington County Sheriff’s Department.

As a result of the investigation, Root was arrested on a charge of attempted murder, a Level 1 felony. He is being held in the Washington County Jail without bond.

This case is still under investigation. The victim, Richard Williams, was transported to UofL Hospital and was listed in stable condition as of the writing of this news release.