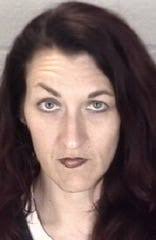 (LAFAYETTE) — An Indiana woman who successfully argued she had ineffective legal counsel at her murder trial for the 2001 slaying of her boyfriend during a sex game has been released.

She apologized, was effectively sentenced to time-served and will be on parole.

Jurors convicted Schmid of killing her boyfriend and business partner, Tony Heathcote, in Lafayette. He was stabbed 39 times. She was serving a 50-year prison sentence.

A federal judge in May ordered Schmid’s murder conviction vacated. He wrote in his ruling that testimony that she was “psychotic” and “heavily medicated” raised questions about her competence, but her lawyer didn’t seek a competency hearing.