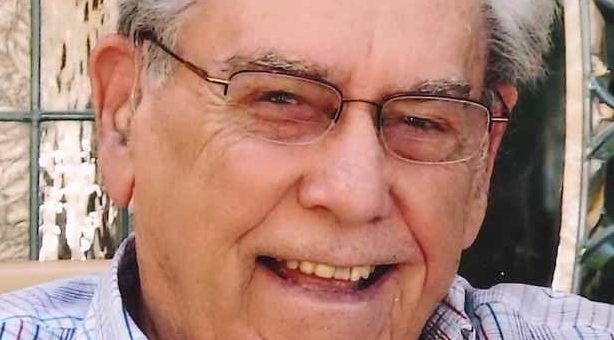 Born May 25, 1923, in Edwards Co., IL, he was the son of Earnest and Eunice (Frazier) Madding. He married Esther VanLue on October 7, 1955, and she survives. He retired as a manager for Sears & Roebuck after 35 years. He was a member of the First Baptist Church, Gillen Post #33 American Legion and the Bedford Elks Lodge #826. He was a veteran of WW II serving with the U.S. Navy.

He was preceded in death by his parents, four brothers, Earl, Everett, Elmo, and Ellis Madding, a sister, Eva Miller.

Funeral services will be conducted at 2 p.m. on Wednesday, August 14th in the Elmwood Chapel of the Day & Carter Mortuary with Pastor Doyle Henderson officiating. Entombment will follow in Cresthaven Memory Gardens with military rites accorded by members of Gillen Post #33 American Legion. Visitation will be from 10 a.m. until the hour of service on Wednesday at the Day & Carter Mortuary.