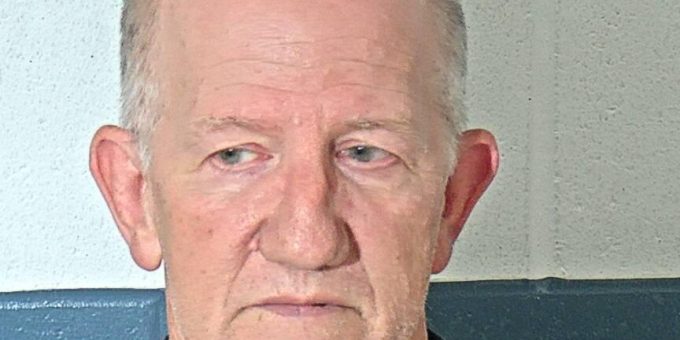 According to a Lawrence County Superior Court I probable cause affidavit, Awbrey, who will be 56 tomorrow, was appointed as Guthrie Township Trustee on May 1, 2016. He named his wife, 54-year-old Teri Awbrey, to serve as the Guthrie Township Clerk.

According to Gina Gambaiani of the State Board of Accounts, Robert Awbrey was to receive a yearly salary of $4,200 for being the trustee. Teri Awbrey was entitled to an annual salary of $2,200 to be the clerk.

According to records obtained by the Indiana State Board of Accounts, Robert Awbrey paid himself the following amounts for his salary:

According to records obtained, Robert Awbrey also wrote checks to reimburse himself and did not provide documentation for what the checks were written for.

The following are the amounts the checks totaled:

On March 1, 2019, at approximately 12:55 p.m., Gina Gambaiani and Indiana State Detective Craig Starr went to the Awbrey’s residence, located at 1538 Leesville Road, to meet with Robert.

Robert told them he was not having any financial problems and that he made good money where he worked at Turner Contracting (TCI). Awbrey said the township trustee position he held had a yearly salary of $6,000. He stated he believed his monthly salary checks were for $571 or $572. He then said he learned what his salary should be from Nickie Hubbard, who was the former trustee.

When Awbrey was informed of the overpayments he said that he made a bad mistake and that he ‘sucked at being the trustee.’ Awbrey denied knowing that he was overpaying himself and stated that he messed up when he paid himself too much money and that he would pay the money back.

Gambaiani asked him if he could explain check #2108 that he wrote to himself on September 27, 2017. Robert said that he had reimbursed himself for cash donations to the Leesville Community Center. Robert advised that he had given cash to Glenda Sowders. Robert told officials that he gave Sowders different amounts of money in cash on different dates, but $3,250 was the total amount he gave.

On March 1, 2019, at approximately 1:35 p.m., Gina Gambaiani and Detective Starr went to Nick Hubbard’s residence located at 1064 Grindstone Hollow Road. Hubbard said that he resigned as township trustee because he was not getting along with Phil Johnson over fire department issues. Hubbard advised that the trustee’s yearly salary was around $4,000 a year and that the clerk’s salary was about $2,000 a year.

Gina Gambaiani said the State Board of Accounts found no problems while Hubbard served as the trustee.

On March 20, 2019, at approximately 11:30 a.m., Detective Starr spoke with Glenda Sowders by phone. She told the detective that Robert Awbrey gave around $3,000 in donations to the Leesville Community Center, but not all at once. She says Awbrey gave her different amounts of money in cash on multiple occasions.

Sowders said that she assumed these were personal donations because Robert Awbrey had said, ‘this is from me and Teri’ when Robert handed her the money. Sowders offered Robert Awbrey a receipt, but he said he didn’t need one. Sowders told the detective she did not believe the money came from the trustee funds, because when the community center fund comes from the trustee, it comes in the form of a check.

Ratliff and Horner-Hayes did authorize funds for the Leesville Fire Department, such as funds for the fire contract and some funds to pay for construction work to remodel the building.

Ratliff advised that Robert Awbrey gave her the following when she took over being the trustee:

Ratliff stated that Robert Awbrey had also offered her a desk. Ratliff said she picked these items up from Awbrey on March 19, 2019.