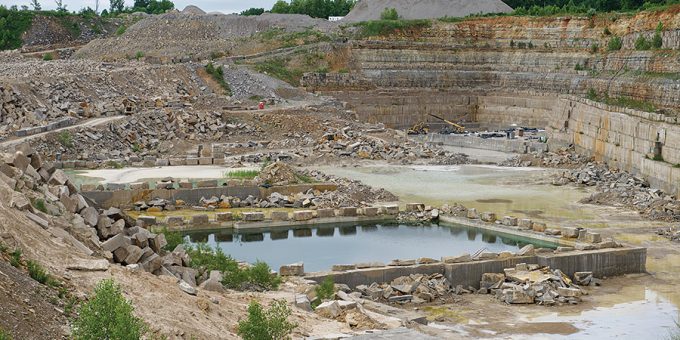 (BLOOMINGTON) – The recent merger of two natural stone producers is expected to expand the market for limestone produced by four southern Indiana quarries far beyond the Midwest.

Canada-based Polycor Inc. merged with 92-year-old Indiana Limestone in October. Polycor has strong footholds on the East Coast and the Southeast, as well as in India, China, South Korea, and Europe.

Only around 30% of the limestone produced by Bloomington-based Indiana Limestone Co.’s four quarries in the state is currently sold outside the Midwest.

The Indianapolis Business Journal reports that Polycor plans to use its international network of sales representatives to boost Indiana Limestone’s reach.

Polycor was founded in 1987 and has expanded over the past decade.

Limestone quarried in Indiana has been used for such landmarks as the Empire State Building and the Pentagon.