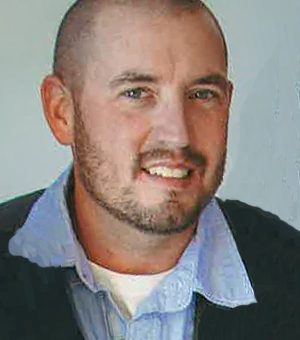 Corey Joseph Allen, 40, of Brownsburg, passed away Thursday at his home.

He was a dedicated daddy to Alainah Grace and Mason Joseph, both at home. He was so proud of them and was completely devoted to them.
He was a 1997 graduate of Orleans High School.

Corey worked as a heavy equipment operator for Miller Pipeline for more than 17 years. He was a member of the International Union of Operating Engineers Local 103.

He loved animals and is survived by his beloved pets, Niko and Reno.

Corey also was an avid sports fan. He always rooted for the Indianapolis Colts and the Notre Dame Fighting Irish. He watched NASCAR and rooted for Jeff Gordon faithfully until his retirement. And, of course, he coached Alainah and Mason in Little League and soccer.

In addition to being survived by his parents, wife, and children, Corey also is survived by his four sisters, for whom he was fiercely protective: Terri (Pete) Pfister, Garner, N.C.; Daniele Bohlman, Bedford; Tami Herko, Clayton, N.C.; and Krystal (Henry) Shetler, Mitchell. He also leaves behind Amy’s parents, Stanley and Linda Nicolai of Syracuse, and his brothers-in-law Curtis Nicolai and Chad (Amy) Nicolai, both of Syracuse. Corey was no better uncle than to his many nephews and two nieces.

Corey was preceded in death by both his maternal and paternal grandparents, Howard and Eileen Arquette and Roy and Marjorie Allen; a brother-in-law, Joey Bohlman, and his beloved lab, Zoey.

Funeral service will be at 6:30 p.m. Tuesday, July 23, in the Memorial Chapel of Chastain Funeral Home & Cremation Center in Mitchell. Cremation will follow. The family will receive friends from 3 p.m. until the service on Tuesday at the funeral home.

In lieu of flowers, the family asks you to consider donations in Corey’s memory to the Hendricks County Humane Society, 3033 E. Main St., Danville, IN 46122.