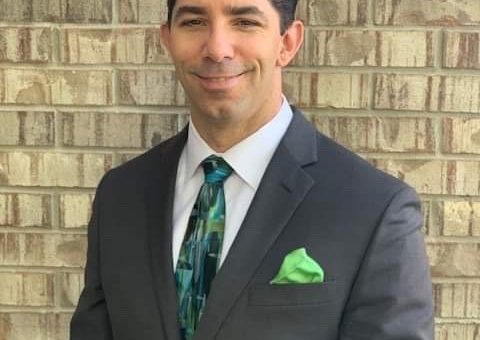 “Some of Mr. Cooper’s personal issues kind of bled into the office and had an effect on morale and some other things. With his departure, a lot of those things are gone,” Villanueva said.

Cooper pled guilty in April to beating his former fiancee and later resigned, but won’t serve jail time. Investigators said he held her against her will inside his home Trafalgar March 4 and 5. Villanueva said Thursday a new era has begun.

“Emotions may cause some to believe that the behaviors of a single person are indicative of a systemic problem with an office as a whole. Nothing could be further from the truth. The course of events leading us here today were the result of the personal choices of one individual. Assertions that any other members of this office, including myself, acted in a similar professional or personal manner simply because we worked in the same office is both unfair, and flat out wrong,” Villanueva said.

“While I will always be grateful to him for the opportunities he gave me, I am my own man with my own vision for this office. That vision began back in April when I unofficially assumed the role of prosecutor. Changes made then, as well as additional ones starting today, are all designed to produce a more professional, transparent, and collaborative office. To our local law enforcement and other governmental agencies, you will be treated with respect and professionalism by myself, and every other member of my office. We may not always agree on every issue, but they will always be addressed by having an adult conversation,” Villanueva said.

Villanueva promised the people of Johnson County they can believe in the rule of law again and they deserve a prosecutor who upholds the highest standards of integrity and professionalism.

Villanueva is one of several candidates for a Republican Party caucus to replace Cooper as prosecutor, which has not been scheduled yet. Whoever wins that caucus will fill the remainder of Cooper’s term. That term will end in 2022.