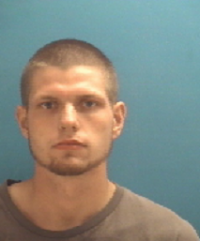 (COLUMBUS) – A bumbling burglar was busted after leaving something important behind at the scene of the crime.

Columbus police officers were able to find burglary suspect Chaz Berger because he left his wallet behind at the scene of the crime.

CPD says Berger burglarized a detached garage on Pearl Street earlier this week and stole more than $4,000 worth of tools and other items.

The owner of the garage called police Tuesday morning and handed officers Berger’s wallet, which reportedly fell out during the burglary.

Police found Berger later that day passed out in a truck with tools and other items stolen during the burglary.

Berger is charged with burglary and is being held at the Bartholomew Co. Jail.