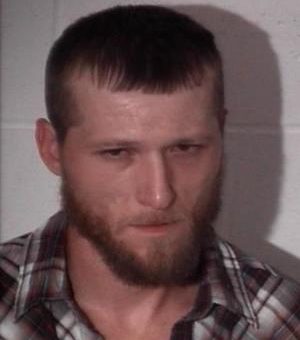 (BEDFORD) — As part of a plea agreement, 30-year-old Jessie Phillips, of Huron, was sentenced to 31 years in prison in the September 2018 death of an 18-month-old boy.

Phillips pleaded guilty to neglect of a dependent resulting in death, a Level 1 felony, and possession of meth with a fire arm. He was sentenced to 30 years on the death charge and 1 year on the drug charge.

When Tyler Phillips arrived, he saw a man and woman, later identified as Jessie Phillips and Kendra Mihlfeld, sitting on the front porch of the residence. He and the first responders entered the home and saw a child lying on a toddler mattress in a back bedroom.

A post-mortem examination was conducted the following day. The child died from an acute subdural hemorrhage of the brain caused by abusive head trauma. The manner of death was determined to be a homicide. Bruises were also found on the toddler’s head, chest, and legs.

Mihlfeld told police the last time she saw her son was 3:30 p.m. September 14, 2018 before she left work. Phillips told police was watched the children and put the toddler to bed at 7:30 p.m.

The next day, Phillips reportedly woke up the morning, showered, went to buy food in Huron and returned home when Mihlfeld came outside to tell him the child was dead.

Police seized Phillips’s phone and found a PDF that was downloaded September 14, 2018 titled “Head Injury in Infants, Children, and Adults: Triage, Assessment, Investigation, and Early Management,” according to the affidavit. The document was downloaded around the time he told police he put the child to bed.