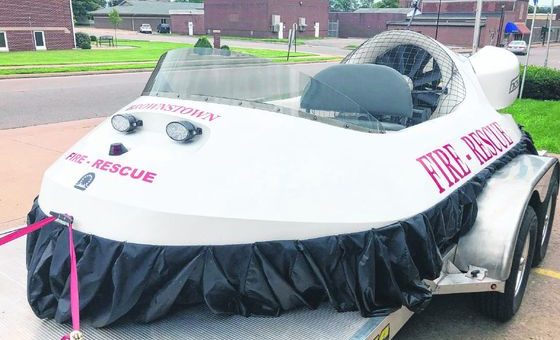 (BROWNSTOWN) – The Brownstown Fire Department has a new Neoteric Hovercraft to assist with water rescues.

The oval-shaped craft’s bottom is made up of 66 black fabric bags connected by heavy-duty zip ties and makes a lot of noise as it zooms across the water.

Hovercraft uses fans or propellers to create lift and thrust. Lift air is captured in a flexible fabric skirt, causing the craft to hover above the surface. Thrust air is directed backward to move the craft forward.

“It can run over mud, dry land, the road, on water and swift water,” he added.

Since its purchase Chief McElfresh says it has been used on 11 rescues involving 14 people.