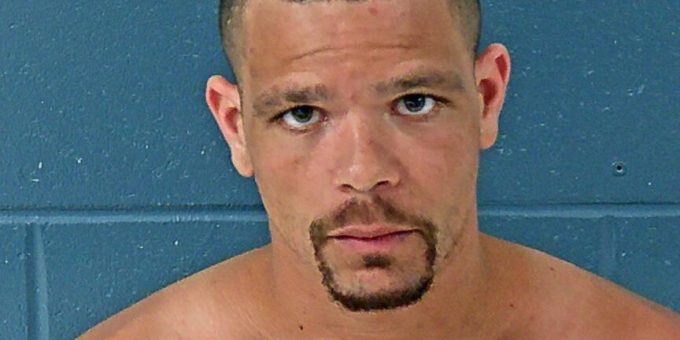 (BEDFORD) – A Bloomfield man was arrested after he caused a disturbance at St. Vincent Dunn Hospital on Sunday afternoon.

The caller told a Bedford Police Department dispatcher that the black male was possibly intoxicated and was wearing shorts, had no shirt on and was wearing a red hat and was leaning against the guard rail near the hospital.

BPD Chief Terry Moore says Harmon was stumbling in and out of the road and had uncontrollable actions such as bending over and turning around in circles.

While officers were talking to Harmon, he mentioned that he had used meth earlier in the day and gave consent to search his pockets.

Harmon was arrested on charges of possession of meth and public intoxication.