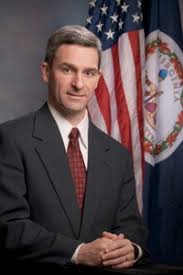 Cuccinelli will lead an agency of 19,000 employees and contractors who are responsible for administering our nation’s lawful immigration system while protecting Americans, securing the homeland, and honoring our values. In fiscal year 2018 alone, USCIS adjudicated more than 8.7 million requests for immigration benefits.

“I am honored to be given the opportunity to lead U.S. Citizenship and Immigration Services at this critical time and serve alongside this agency’s dedicated workforce,” said Acting Director Cuccinelli. “USCIS has the extraordinary responsibility to administer and protect the integrity of our nation’s lawful immigration system. Our nation has the most generous legal immigration system in the world and we must zealously safeguard its promise for those who lawfully come here. I look forward to working with the men and women of USCIS to ensure our legal immigration system operates effectively and efficiently while deterring fraud and protecting the American people.”

Cuccinelli previously served as Virginia’s attorney general from 2010 to 2014. During his time as attorney general, he led the Commonwealth in fighting human trafficking. Additionally, he led efforts resulting in record enforcement against gangs, health care fraud, and child predators. Cuccinelli also served in the Senate of Virginia from 2002 to 2010 and has practiced law for nearly 25 years.

Cuccinelli and his wife, Teiro, grew up and live in Virginia and have seven children.