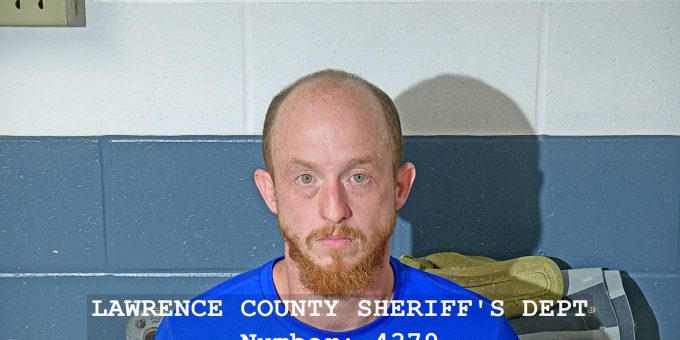 (BEDFORD) – A Bedford man was arrested on Wednesday after police responded to a local motel on a domestic battery complaint.

According to Bedford Police Chief Terry Moore, a woman came to the station to report she had been injured during a domestic fight at the Rosemount Motel.

The woman told police she and 33-year-old Jayce Shifflett had started arguing that morning and the argument continued throughout the day.

“The female says during the argument, Mr. Shifflett grabbed her by the hair and slammed her head off the ground causing pain, redness, and swelling,” says Chief Moore. “She also complained of pain and bruising to her right arm.

Officers summoned an ambulance and the female was treated and transported to a local hospital for treatment.

The woman signed a battery affidavit and officers went looking for Shifflett. They found him at the motel.

While speaking to him, officers noticed drug paraphernalia and meth.