(INDIANAPOLIS) – Gov. Eric Holcomb spoke at the Indiana Leadership Prayer Breakfast this morning. The title of his speech is “The Beatitude Not Mentioned,” and the full text of his prepared remarks is attached.

The governor also introduced the event’s keynote speaker, Rachael Denhollander, an advocate for victims of sexual abuse and the first former U.S. gymnast to publically accuse Larry Nassar of sexual assault.
The Prayer Breakfast has been an annual tradition since 1969 and is modeled after the National Prayer Breakfast in Washington D.C. The non-denominational event is led by Statehouse Chaplain Matthew Barnes and a steering committee. 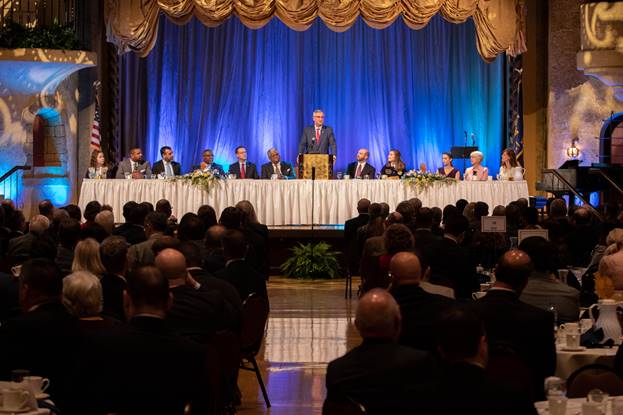 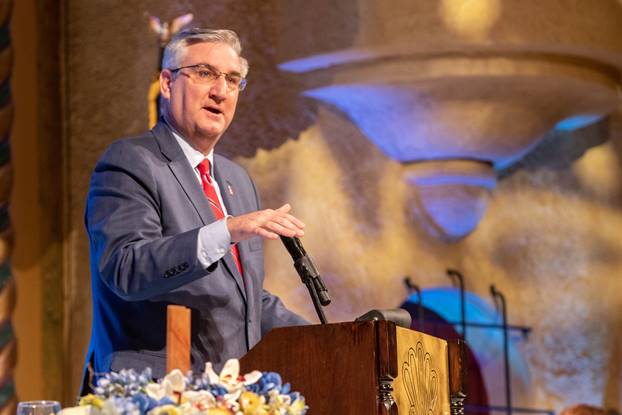 The governor spoke about the Beatitudes and how being faithful to that list of instructions helps people live better lives. 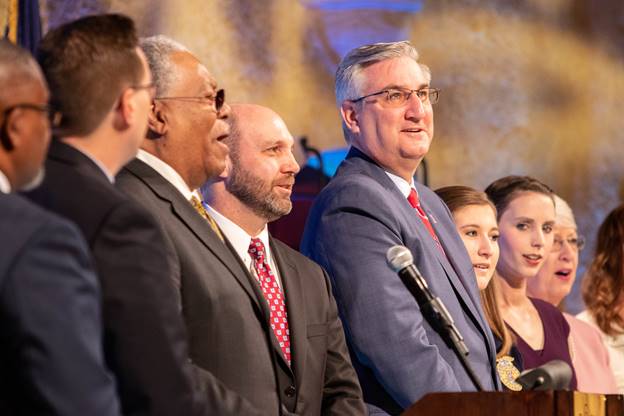