(SEYMOUR) – Seymour Police arrested a Jennings County man after he allegedly stabbed a Seymour woman during a domestic fight on Monday. 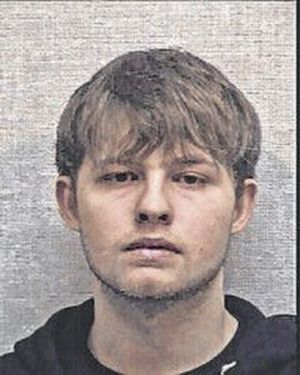 Police arrested 19-year-old Dalton Renoll on felony charges of domestic battery with a weapon and criminal recklessness.
According to Seymour Police Chief Bill Abbott, Renoll drove to the home of his 18-year-old former girlfriend on South Lynn Street and the two got into an argument.
That argument escalated, and Renoll pulled out a pocket knife and cut the woman on her upper left arm.
The woman got in her vehicle, left the residence and drove to work, where she called police at 4:49 a.m.
She then went to Schneck Medical Center in Seymour for treatment.
Renoll returned to North Vernon, but Jennings County Sheriff deputies stopped him and met Seymour officers at the Jackson/Jenning County line. He was returned to the Seymour Police Department and arrested.
He is currently being held without bond in the Jackson County Jail until his initial hearing.