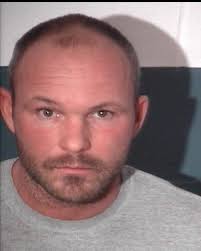 Lawrence County Police arrested 30-year-old Matthew Staggs of Bedford on felony charges of battery resulting in bodily injury to a person less than 14, aggravated battery and neglect of a dependent resulting in serious bodily injury. He posted a $5,005 bond and was released from jail.
Detective Tyler Trueblood began his investigation on Jan. 20 after being notified by Indiana University Health Bloomington Hospital that they were treating a 9-month-old child who was suffering brain bleeds.
According to a Lawrence County Superior Court I probable cause affidavit, a CT scan showed the child had an old brain bleed and new ones.
The baby’s mother told police that on Jan. 18th, she was contacted by her boyfriend, Staggs, That she needed to come home because the baby had fallen and was “completely limp and not moving.”
Staggs told his girlfriend that baby had fallen while he was getting a diaper.
The mother took the baby to a local hospital for treatment where the baby was treated and released.
But this was not the first time the baby had been seen by a doctor that week.
The mother had taken the child on Jan. 14 because he had been lethargic for more than three weeks and would not smile.
The doctor scheduled a CT scan and found the brain bleeds.
When confronted about the findings, the woman told police she has never been aggressive but that a relative of Staggs accidentally dropped the child on a drawer a few weeks before the hospital visit.
When police spoke to Staggs, he told them the baby had fallen when he went to get a diaper. He told police he thought the baby “was dying,” so he called the child’s mother and 911.
Prior to making the call to the mother, police found text messages on her phone from Staggs complaining that the child hadn’t stopped whining since she had left.
When police interviewed Staggs, he told them the baby fell while he was getting a diaper, according to the affidavit. He said he thought the baby “was dying,” so he called the mother and 911. Like the mother, Staggs also told police a relative accidentally dropped the child on a dresser drawer a few weeks prior.
When asked to see Stagg’s phone, he said the phone had broke and he had thrown it away.
A report from a Riley Children’s Hospital child protection doctor stated the injuries were not consistent with claims that the baby fell.