(COLUMBUS) – A kitchen fire sparked by a candle caused an estimated $30,000 in damage to a Columbus apartment Sunday. 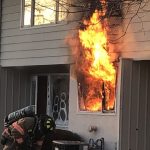 Photo provided by Columbus Fire Department
Columbus firefighters were alerted to the blaze at Columbus Villa Apartments on 27th Place at 5:40 p.m.
When firefighters arrived they found heavy smoke and flames shooting out the apartment windows.
Firefighter attacked the fire from the outside after finding the apartment door locked.
The fire was extinguished around 6 p.m.
According to Columbus Fire Department Capt. Mike Wilson, the tenants who were moving out had been at the apartment earlier in the day and had used a candle for light because the electric had been turned off. The tenant told Wilson they thought they had extinguished the candle before leaving. 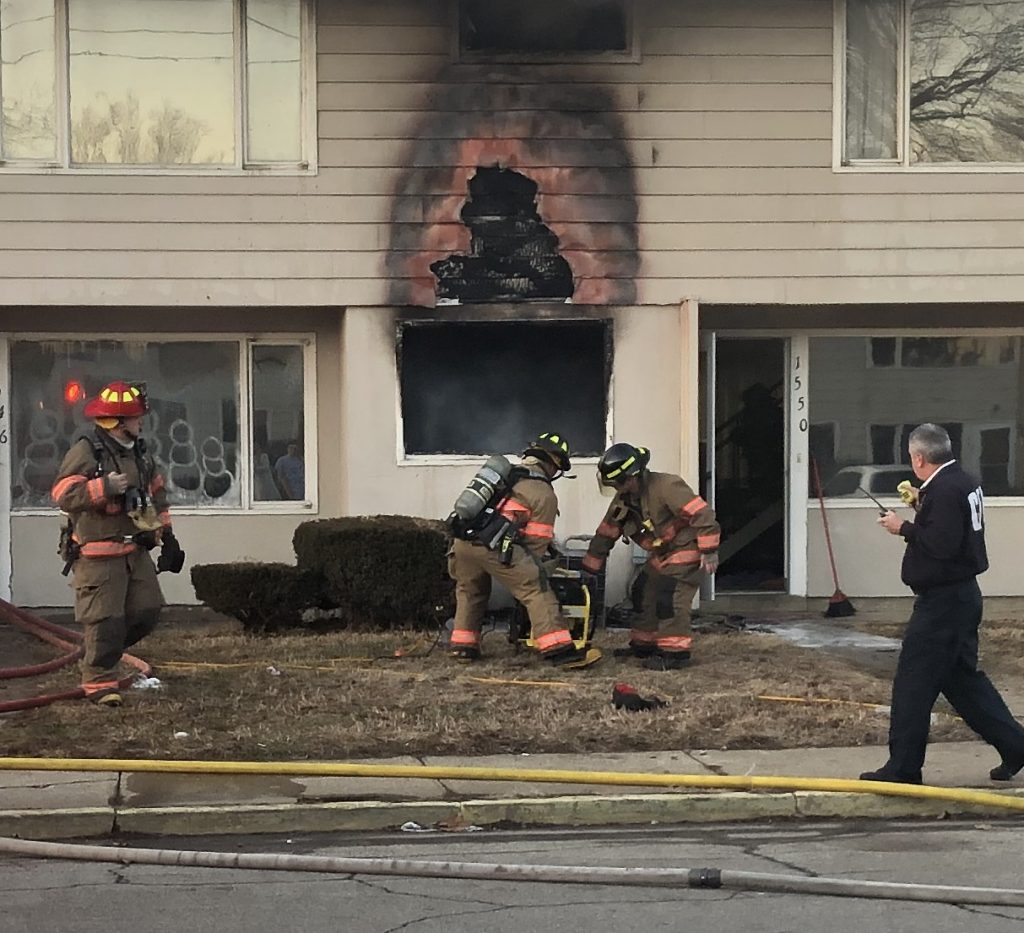 Photo provided by Columbus Fire Department
The fire damaged was limited to the interior of the two-story townhouse apartment and damaged the vinyl siding.